Last weekend I visited Valencia as part of a work project. The hotel was next to this space age landscape, an arts and science park, all curved buildings and reflecting pools. It was relaxing to walk around, and I spent my free time wandering around it and taking photos. I've put 15 photos online today. Here are two of my favourites: 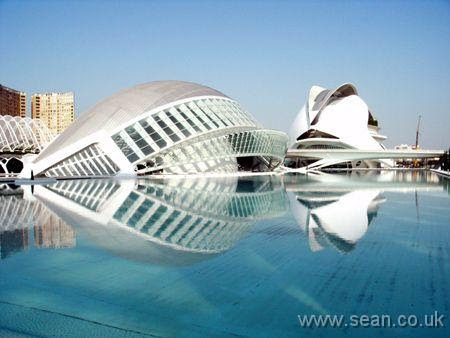 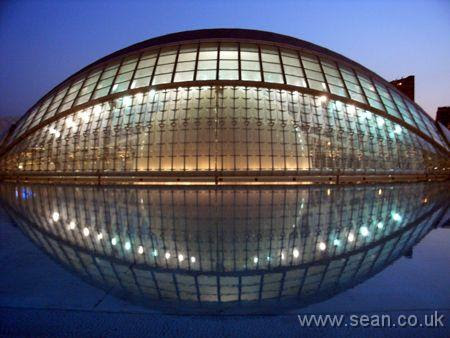 Black and The Christians live in Camberley

Last night I went to see the 20th anniversary tour of The Christians and Black, at Camberley Theatre.

Black, and Colin Vearncombe in his solo guise, I've seen many times before. For the last fifteen years, his shows have been acoustic and stripped down. So it was a treat to see him fronting a raw electric four piece last night, with three singers, two guitars, a bass guitar player and a drummer (it does add up, the guitarists all sing). He kicked off the show with 'Everything's Coming up Roses', and despite gremlins in his amp for the first couple of songs, seemed to be enjoying rocking out. "They've let me out to make some noise again," he told the audience. Although this was a full band show, the mix was perfectly balanced and you could hear every word, something of a rarity today.

The setlist predictably included 'Sweetest Smile' and 'Wonderful Life', but many of the highlights were in the new material. Last year, Colin released the first album under the Black name for over a decade, and some of its tracks are among the best songs Colin's written. The title of 'Her Coat and No Knickers' got some laughs when announced, but the vulnerable ballad kept the audience rapt as it unfolded, a natural bedfellow for 'Let me watch you make love' from the second Black album. Colin got the acoustic guitars out and banished bass and drums for a delicate performance of 'Charlemagne'. 'Quinn's Old Flame', from Colin's experimental acoustic double album 'Smoke up close', was reinvented with a new electric arrangement. The show closed with a stunning performance of 'Water on Snow', perhaps Colin's best song out of the hundred or so he's released.

In a tour being promoted (and for many, attended) as a nostalgia trip it would have been easy to churn through the hits from the 80s and ignore the less commercially successful material. But Colin's continued to develop as an artist and if anything this short set proved that his new songs can easily stand against the hits that made his name.

The Christians I hadn't seen before. I remember listening to their early singles on the radio and I have a couple of their albums. With many bands, it's difficult to get into songs you don't know and this was the case for me here, although I enjoyed the oldies, in particular 'Sad Songs' and the encore 'Hooverville'. The lead singer was good at getting the audience to stand up and sing some 'nah nahs', but he didn't get people on their feet until near the end of the set. If the audience had been as into it nearer the start as they were at the end, it would have been a better gig. The highlight was a Bob Dylan cover, mostly played out with a picked electric guitar and Garry Christian's vocals. I don't really 'get' Bob Dylan, although I like a handful of his songs, so this was a surprise. Like Black's songs, the Christians' songs still stand up after 20 years.

You might remember I launched a site dedicated to the Nintendo DS browser at www.sean.co.uk/nds last month, including a couple of Javascript games.

I've now written some guidelines for how to design websites for the Nintendo DS. The use of the touchscreen, the small screens and the different browsing modes present several website design challenges. I hope that this guide will help to clarify them. When I was designing my site, I couldn't find this information in one place, so I've compiled the specifications and written some tips on making sites that are easy to use, based on my own NDS browsing experience.

Many of the design issues are the same as for other mobile devices, and there's a big crossover with accessibility. Sites that are accessible tend to work well when the design is stripped out, which makes them work better on more limited platforms. That's one more way that the investment in creating accessible sites pays off.

Trust me on the semicolon 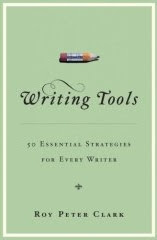 When I have time, I'll write a list of my favourite writing books and Roy Peter Clarke's Writing Tools will crown it. There are plenty of books for new writers, but this one helps writers with experience to develop their style. Some of the ideas are simple, but take on new life in this book thanks to the inspiring examples from journalism and fiction. Not all the writing is to my taste, but it's nearly all impressive.

Today, I discovered 'Writing Tools: The musical', based loosely on Baz Luhrmann's Sunscreen single of 1999 (download details on right of linked page, warning: lyrics spoilers in the main content).

It goes a bit wacky at the end and some clever ideas are skipped over in the interests of brevity. But as an aide-memoire for a much-loved book, and an example of how you can make a writing tutorial fun, I love it. It made me laugh a couple of times too, although that might be because I know both the book and the single it parodies. If you have any interest in writing, you owe it to yourself to gamble six minutes on it today.

Photos: Two wonders of the world

I'm not usually one to hype things, so you know you can trust me when I say that this weekend I saw not one but two truly amazing sights. They were as moving as they were bewildering. One could only look on and ponder the mysteries within. 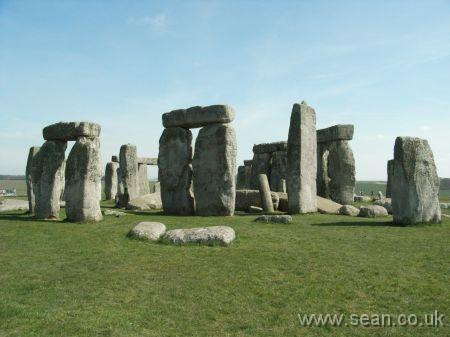 Stonehenge: a wonder of the world. Where did the stones come from? How did they get there? What do these mystical symbols represent, and who decided on their strange arrangement? How can we best preserve this awe-inspiring view for future generations? 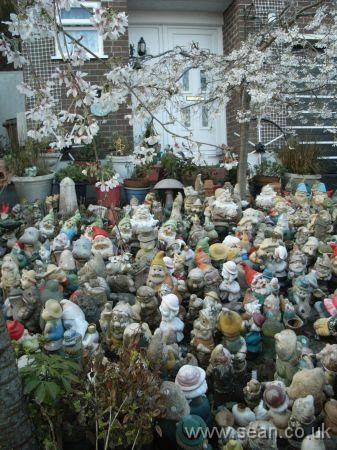 Gnomehenge: Where did the gnomes come from? How did they get there? What do these mystical symbols represent, and who decided on their strange arrangement? How can we best preserve this awe-inspiring collection for future generations? 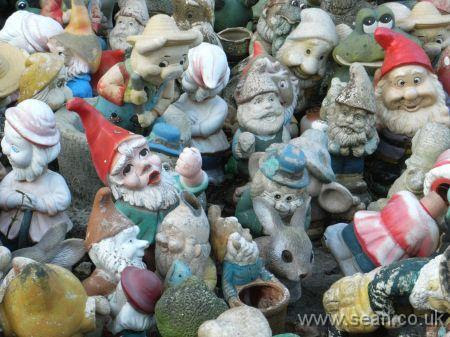 Oh, and why does this one seem to be making an obscene gesture?

There was an album in Fopp a while back that was only a pound and was by a band I was interested in. I can't remember who now, but it was probably some 80s synthpop group since I'm into that kind of thing at the moment. That's fantastically cheap: a lifetime worth of entertainment (if I like it enough to play it that long), for the price of a couple of chocolate bars.

But I left it on the shelf for one reason only: it was copy-protected.

As far as I'm concerned, that means it's broken. Obviously the record company thinks I'd copy it and give it to all my mates (if I could somehow find any that shared my taste in mostly long-forgotten bands). But all I really want to do is pay an honest price for music and be able to use it how I want. That means being able to put it in my digital music player, and this is exactly the kind of thing that copy protection prevents.

You might think that if I'm only paying a quid, I can't expect that much. But the point I wanted to make is that when I left this CD on the shelf, I realised I won't buy copy protected music at any price. It's just no use to me. Even when it's nearly free. And following Sony's efforts to infest our computers with malware, you'd be mad to let a record label install software on your computer for every album you want to play.

If you're paying for a product, you should be able to make whatever honest uses of it you want. That's the same reason I haven't yet bought anything from iTunes. The files are locked, so you can only play them on Apple devices. I still have and occasionally play the very first CD I bought in 1989. If I buy my music as downloads now, will I be able to play it in 20 years? Only if I use an Apple device, and keep buying them when they conk out, and we assume that Apple survives and keeps making iPods. (While it's true you can burn to CD and re-rip, you suffer a loss of quality).

So cheers all around to EMI and Apple, who today announced they would start selling EMI's catalogue without digital rights management locks. They're going to double the quality, and it's not going to cost you any more to buy an album. You'll have to pay more for individual tracks (presumably in a move to protect the album based business model, where hits are inevitably sold with filler). And in the long run, Apple could have a competitive advantage in hardware sales because it can offer cheaper versions that are only compatible with iPods.

It's good news because it means you'll be able to buy with confidence that you'll always be able to listen to your music collection. You'll be able to back it up using conventional devices, and replay it using the software or hardware of your choice. While digital formats are always at the risk of obsolescence, the risk is much smaller when a standard is adopted than when one company controls all the playback devices.

Here's hoping that other labels will follow suit, and also make their music available without proprietary locks. It can only grow the market. DRM won't prevent someone from copying music - they'll always find a way around it. It just deters honest customers from buying.